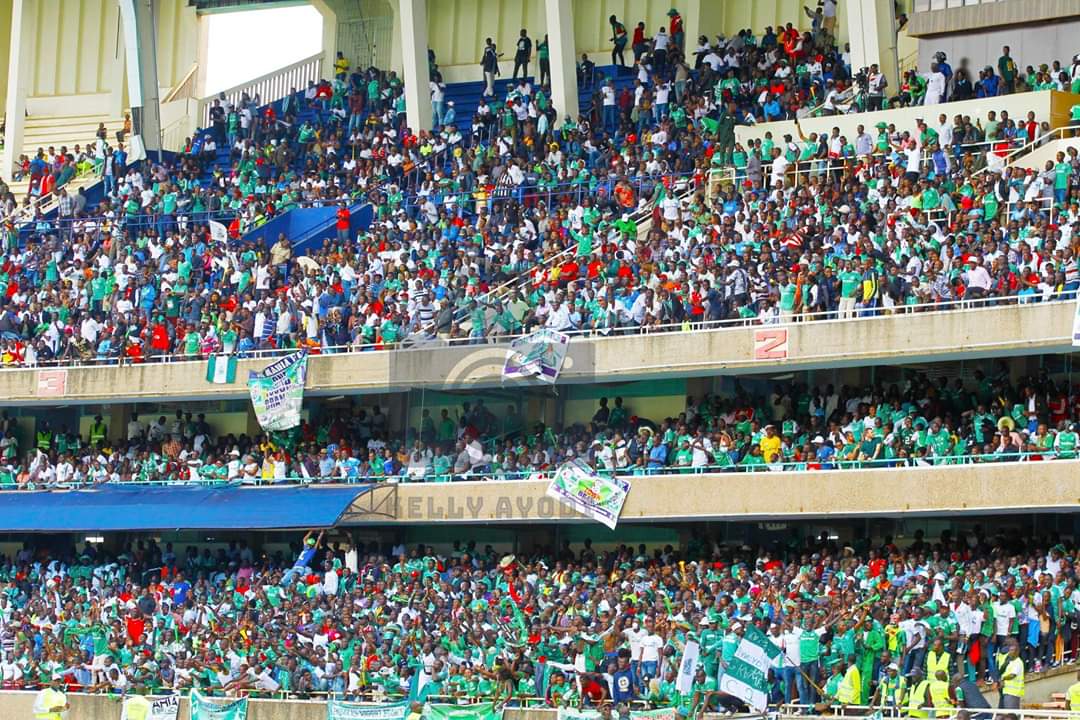 Bonface Omondi scored the solitary goal in the the 27th minute after Benjamin Ochan failed to deal with a Nicholas Kipkirui header from a corner delivery.

AFC Leopards pushed for an equalizer but Elvis Rupia spurned a clear chance in the second stanza after being teed up by second half Substitute Bonface Mukheke.

Gor Mahia started the game on a high with Clifton Miheso’s shot glancing over the bar while Nicholas Kipkirui couldn’t connect a Lawrence Juma Cross.

Ingwe’s first shot on target, by Elvis Rupia, was parried away by Bonface Oluoch for a corner kick with Collins Shichenje involved in every battle in the middle of the pack.

AFC Leopards made an immediate substitution after resumption as coach Anthony Kimani, being in the dugout for his first derby brought in Bonface Mukheke for Jaffari Owiti with the former proving to be a menace to Michael Apudo in the right flank.

The rest of the the second half was more of a physical affair between the two sides as Gor Mahia maintained their lead with Ingwe’s effort for an equalizer hitting a hard rock.

With the 3Oth win over their nemesis, Gor Mahia extend their lead on top of the pile with 54 points while Leopards lie sixth with 40 points in a match that was attended by The President Uhuru Kenyatta, Rt. Hon. Raila Odinga, FKF President Nick Mwendwa among other dignitaries.