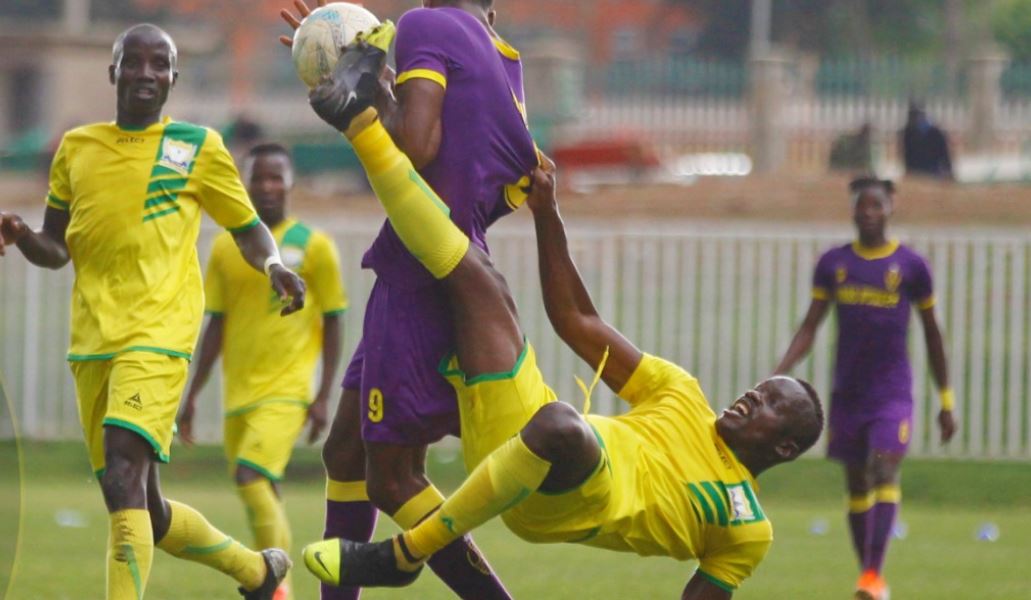 The Kenyan premier league enters gameweek 21 with two enticing matches over the weekend that fans will be looking after as the race to the title continues.

Kariobangi Sharks are on fire. having steam rolled Kisumu All stars 8 – 1 they make this their second win in a row , beating in form KCB FC by a lone Patrick Otieno goal in the 70th minute in a thrilling match at the Machakos Stadium.

Wazito will going for their first win after failing to do so in the last 8 matches while Stima have failed to get a win in their three past matches having drawn their last match against Chemelil Sugar. Bixente Lizarazu seems be the one to solve Wazito’s goalkeeping quandary after impressing away against Kakamega Homeboyz in place of Kevin Omondi while the return of goalkeeper trainer ELias Otieno and Fred Ambani as assistant coach come at a better time as the side look at a rennaissance. The match kicks off at 2pm at the Narok County Stadium and will be Live on Madgoat TV facebook page.

Twahiri Muhiddin’s reign at the dockers will be under test when they face on form KK Homeboyz who have enjoyed a five match unbeaten run in the league. Homeboyz have beaten Bandari four times in their last five matches and the latter will look to do a double over the hosts at their backyard starting 3pm.

Chemelil Sugar seems to be on a revival after registering two draws in their last two encounters and playing at their new homeground Muhoroni Stadium as they seek to escape relegation. Posta Rangers made good signings in the January transfer window and the Sammy Omollo charges will be looking to get something from this tie.

Coach Salim Babu of the slumboys complained of poor officiating in the first leg 12 days ago after they drew 2-2 at the Kericho Green Stadium and Saturday gives them another chance to return to winning ways. They will depend on in -form Dani Lual for goals with the South Sudanese having scored twice and assisted once in his first three league games. Zoo Kericho are winless in their last five matches and the Kasarani duel will give them another chance to fight after conceding in added time in their last match against KCB.

Nzoia Sugar has not won a match since October 2019 as they face league contenders Ulinzi who will be seeking to get back to winning ways in Sudi, Bungoma County. The soldiers will be without talisman Oscar Wamalwa who has been ruled out for the rest of the season with a shoulder injury he sustained last week against Afc Leopards and will be a big miss for both the soldiers and the national team Harambee Stars.

Gor Mahia will be looking for a double over Sofapaka in less than a fortnight as they seek to make their intentions clear of retaining the gong. Sofapaka meanwhile have been blowing hot and cold this season and the addition of immediate former Soy United coach Mike Mururi to deputize John Baraza will be key to achieving the club’s ambition. Sofapaka last beat Gor Mahia three years ago. The match will be played at 4:15 pm at the Narok County Stadium.

This will probably be the match of the weekend as a resurgent ingwe side face Tusker fc on Sunday 3pm at the Afraha Stadium in Nakuru. Homegrown player Elvis Rupia will be back home for the second week in a row to lead Leopards attack while Tusker will be dependent on Timothy Otieno for goals.

This will be a big match for Leopards coach Anthony ‘Modo’ Kimani as he faces his former coach Robert Matano in the dugout this weekend. Ingwe have won their last three matches while Tusker’s three match winning streak was brought to a halt by the Ulinzi Stars draw last weekend. In their last five matches Tusker have had a better share winning 3 while leopards have one win with the other ending in a draw.