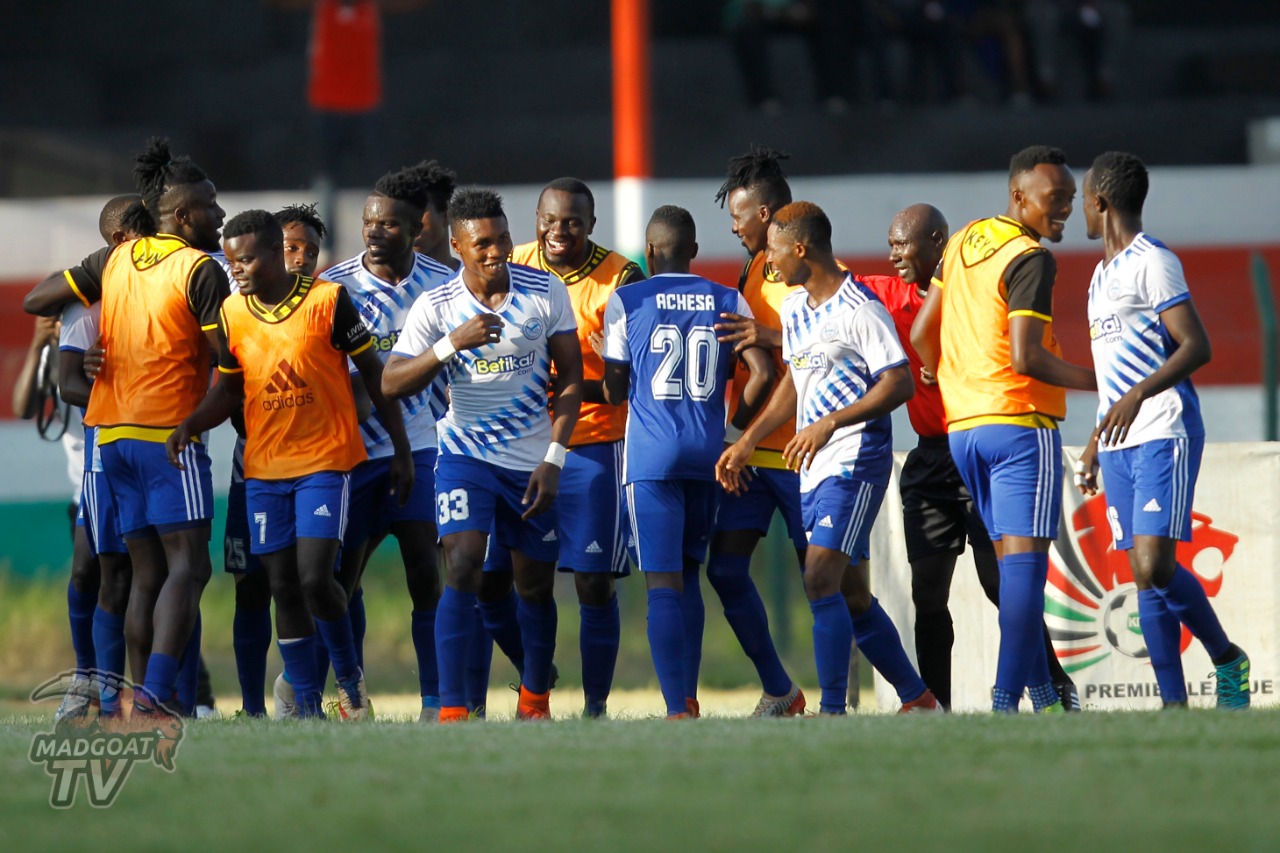 Otieno strikes as Tusker close in on Gor Mahia

Timothy Otieno scored his 12th goal of the season as Tusker beat Afc Leopards 1-0 at the Afraha Stadium to move to second place three points adrift table toppers Gor Mahia who earlier on Saturday slipped as they were humbled 3-1 by Sofapaka in Narok.

Nigerian Promise, Chinsoso, hit a brace either side of a Sebastian Ikekhai ferocious shot that beat Robert Mapigano in Gor Mahia’s goal to carry the day for Batoto Ba Mungu side and Gor Mahia’s consolation goal scored by Samwel Onyango.

Earlier on at the same venue Wazito FC registered their third win of the season with a hard fought 2-1 over Western Stima. Liberian import Augustine Otu scored his first league goal for Wazito but youngster Kevin Omundi beat the offside trap to score the leveler in the 83rd minute before Musa Masika’s low drive shot beat Samwel Njau with possibly the last chance of the game in the dying seconds of the match .

However it was not an happy ending for the hosts as young keeper Bixente Lizarazu was stretchered off the pitch with only two minutes to play. Western Stima play host to Gor Mahia on wednesday at the Moi Stadium in Kisumu.

Chemelil registered the suprise win of the weekend beating Posta Rangers 2-1 at the Muhoroni Stadium. Vincent Wanga and Paul Odanga scored a goal apiece for the millers while the mailmen scored through Ken Mutembei. The win takes the millers to 16th place with nine points one point above Kisumu All Stars who were not in action over the weekend.

Kariobangi Sharks won their second consecutive match for the first time this season beating KCB 1-0 at the Machakos Stadium on Friday with Patrick Otieno scoring his fourth goal of the season for Sharks. KCB travel to the coastal side to face Bandari who drew 1-1 with Kakamega Homeboyz. Hamisi Mwinyi gave the hosts the lead but Benjamin Oketch made sure that the spoils were shared.

Nzoia, still looking for a win since October last year, drew one all with Ulinzi Stars. Vincent Likare scored a sucker punch against the run of play for the hosts but second half substitute Omar Boraafya equalized for Ulinzi having been in the pitch for two minutes.

All the Kenyan Premier League matches observed a minute of silence before kick off in honour of the late president Daniel Toroitich Arap Moi.