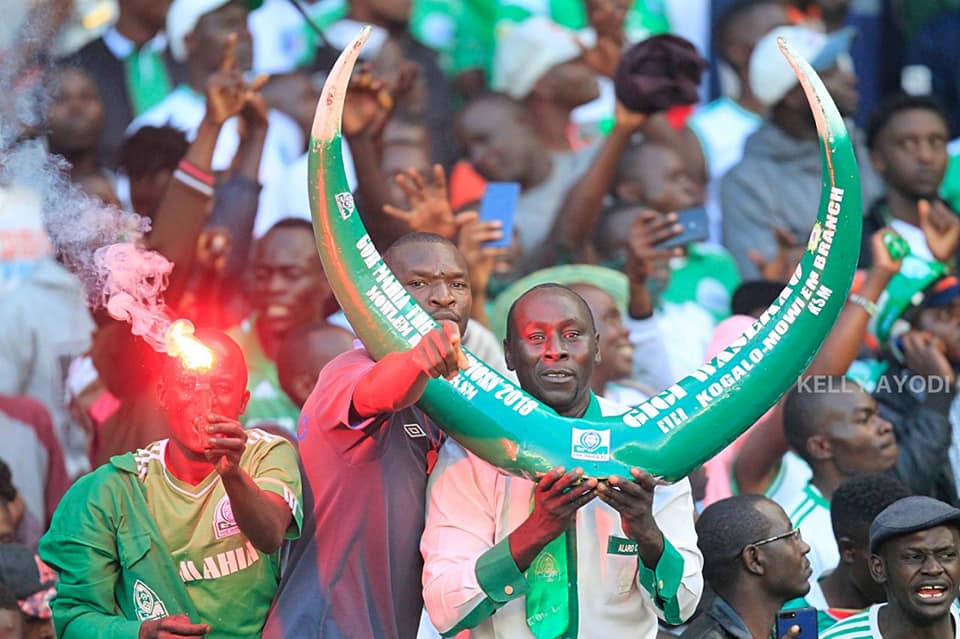 The 87th Mashemeji derby between two of Kenya’s most successful clubs and arch-rivals will be the key highlight in the Kenyan Premier League this weekend.

ZOO FC VS SOFAPAKA
Zoo f.c will welcome Sofapaka at the Kericho Green Stadium having lost their last four matches.

Sofapaka have had a rough patch recently after posting inconsitent results in the past few weeks and will miss the service of first choice goalkeeper Richard Aimo who lost his elder brother.

In their last seven meetings since Zoo were promoted, they have only managed a goalless draw against Batoto Ba Mungu with the latter winning six.

Zoo are six points above the relegation zone while Sofapaka lie on eighth position with 30points.

Nzoia Sugar headcoach Collins Omondi allayed down fears that his side could face the chop despite going down 3-2 against promotion chasing Kakamega Homeboyz last weekend insisting his side is on the right track.

KCB beat Nzoia 1-0 in the first leg and has never lost to the millers in the league and will be looking to return to winning ways after losing 2-1 against Bandari last week.

TUSKER VS CHEMELIL
Tusker seems to be losing the grip in their chase for the title after failing to win their last two matches and a game against a bottom placed Chemelil whom they whalloped 7-0 in the resultant fixture in December will provide them a chance to get maximum points at their Ruaraka backyard.

BANDARI VS KARIOBANGI SHARKS
Two on form sides come up against each other after stellar performances in the month of February.

Bandari have won three matches on the trot for the first time this season while Sharks were unbeaten in February and will be seeking to begin March on the front foot.

In their seven meetings in the league, both sides have enjoyed three wins apiece with the other one ending in a draw.

MATHARE UNITED VS KISUMU ALL STARS
Mathare United beat Kisumu All Stars in the first ever meeting between the two sides 2-1 and will be up against the reinvigorated Blue Eagles who are fighting tooth and nail to escape relegation.

Mathare will rely on the attacking trio of James Kinyanjui, Kevin Kimani and Chris Oduor while Michael ‘Wise’ Owino who has scored twice in two games for Otenga will be key for his side.

Wazito are enjoying a five game unbeaten run in all competitions and will try to unarm the soldiers who sit fourth on the log.

Ulinzi will look upto last season’s golden boot winner Enosh Ochieng who hit half a century of goals in the premier league last week for goals.

The match will be beamed live by Madgoat TV in Super HD.

WESTERN STIMA VS POSTA RANGERS
Western Stima welcome Posta Rangers in Kisumu as they seek to get back to winning ways after failing to do so in their past seven attempts.

Posta Rangers are winless in their last four matches having lost twice and drawn the same number in the period.

AFC LEOPARDS VS GOR MAHIA
This will the 87th duel between the most decorated sides in the country who enjoy a joint 30 premier league titles between them.

AFC Leopards last beat their nemesis in 2016 and this tie will provide Ingwe a chance of avenging their 4-1 lose in the first leg.

Anthony Kimani will be in the dugout as a coach in the derby for the first time after featuring as a player against Kogalo’s Steven Polack who will be looking for a double over the Leopard.

Gor Mahia welcome back stalwart Joash Onyango in their defence while Leopards will be without Clyde Senaji who was sent off against Chemelil last week.

Even as the two sides face each other on Sunday, has the fixture lost it’s allure and the razzmatazz that it had in the yester years? We shall find out.