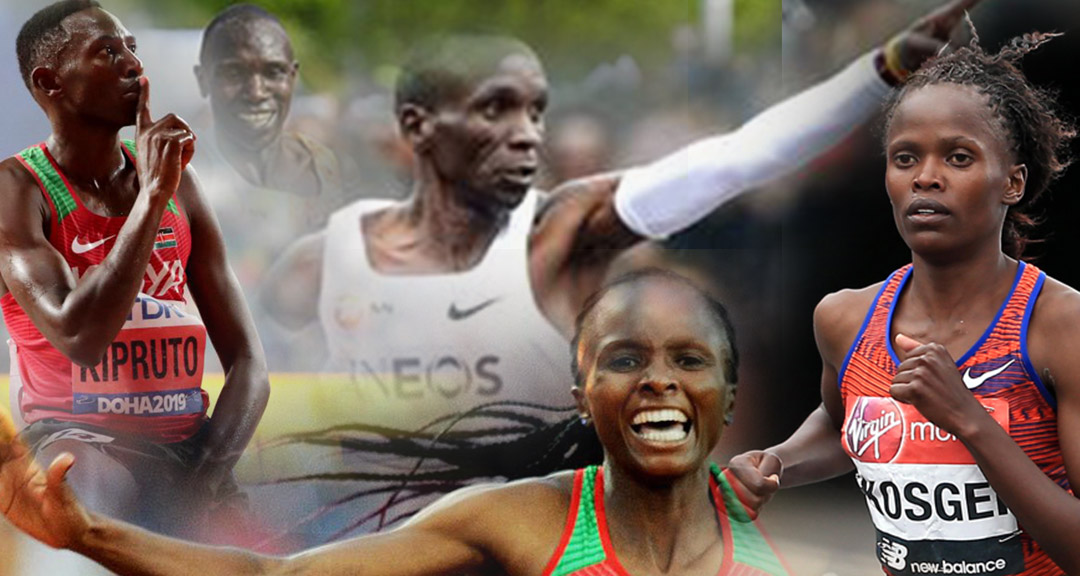 The world stands and watches when a Kenyan stands on the track.

The whole world stood still as Eliud Kipchoge broke the human mental barrier to show us that No Human is Limited. Running on a global stage branded the Ineos 1:59 challenge Eliud stood firm and tall, fighting off the pressure breaking the record in a way only he could.

The ladies marathon record had stood unchallenged for 16yrs. Set by Paula Radcliffe. Then steps up Brigid Kosgei. Running the race She ended up setting a new world record of 2:14:04, which was more than one minute than the seemingly impossible record by Paula Radcliffe.

Hellen Obiri powered this 2019 in feats of greatness. From her debut at World Cross country to her New Championship Record at the Doha World Championships. She made Kenya proud.

Geoffrey Kamworor was gunning for his 3rd World Cross Country title to only manage bronze would go on to break the World Half Marathon record with a new time of 58:01 at the Copenhagen Half Marathon on September 15, erasing the previous time of 58:23 set by Eritrean Zersenay Tadese on March 21, 2010.

Conseslus Kipruto & Timothy Cheruiyot in classic fashion reclaimed th 1500 and 3000m steeplechase titles in a heroic manner only Kenyans can do best.

We honor the valiant efforts of our GOATs OF THE TRACK and wish all our athletes a prosperous 2020.